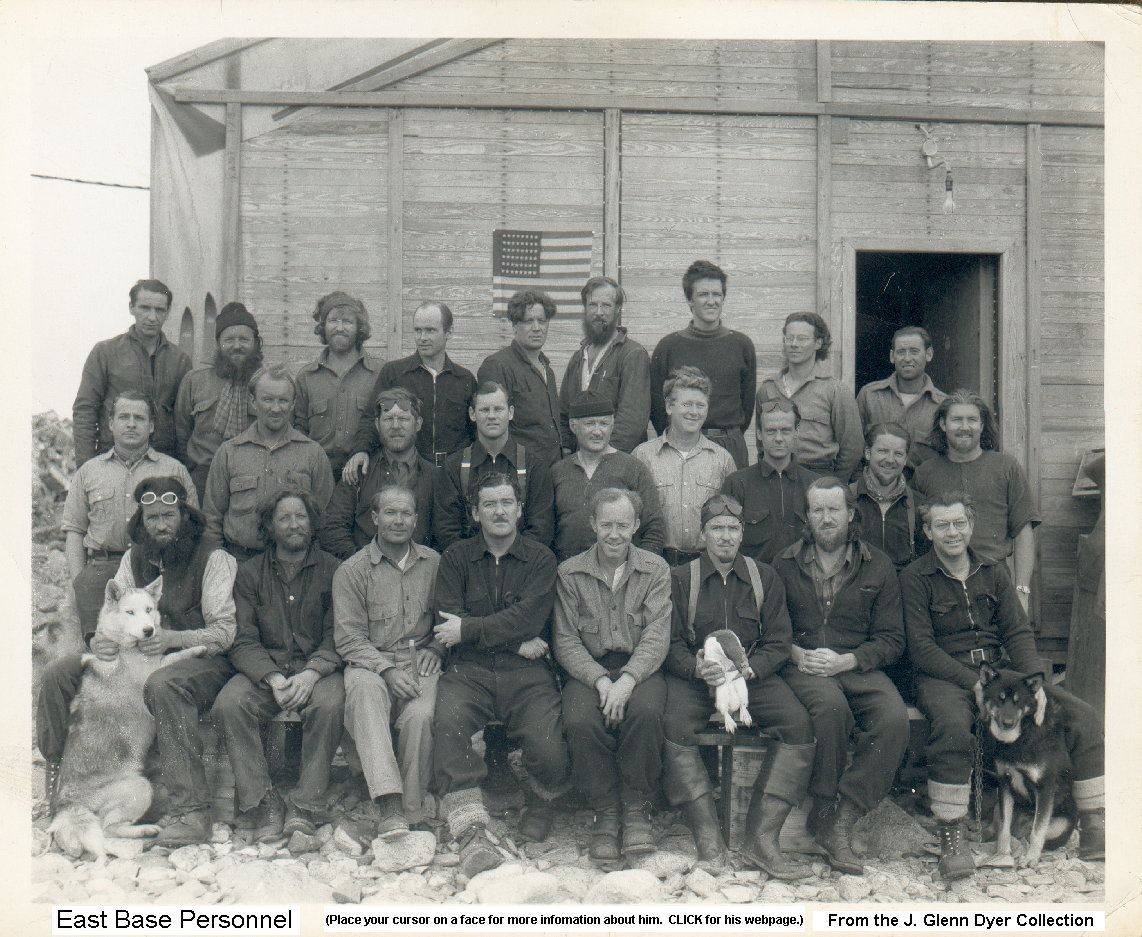 This site is dedicated to the preservation of the history of the United States Antarctic Service, 1939-1941.   Preceded by the privately funded First and Second Byrd Antarctic Expeditions, 1928-1930 and 1933-1935, USAS was the first government-sponsored Antarctic expedition.Never before had a polar expedition of this magnitude been attempted.   Transported by two ships that would depart after the unloading was completed, the 59 men, 160 sled dogs, three aircraft, and several tons of equipment and supplies would winterover at two bases separated by 1700 miles.  As the leader of the expedition, Admiral Richard Byrd accompanied the men to and participated in exploratory flights that resulted in the addition of several hundred miles of previously uncharted coastline to the map of the continent.   Byrd, who returned to aboard  the USS Bear, continued to oversee the expedition by radio communication.

Although this site currently features only East Base, we will be adding West Base in the future.  This site was last updated on March 01, 2017.

This is a Non-Commercial site. If you would like to contribute information, photos, stories, journals, diaries or other items, please contact our webmasters: